During the last international exhibition of the "Pavillon de la Soif" on water protection, Barrisol was cordially welcomed by the organizers, thanks to its Recyclés® line of sheeting. These sheets, 100% ecological and produced with old sheets, have seduced the spanish designer Martin Azua who imagined 850 m² of organic forms with splendid light effects. Success guarantees! 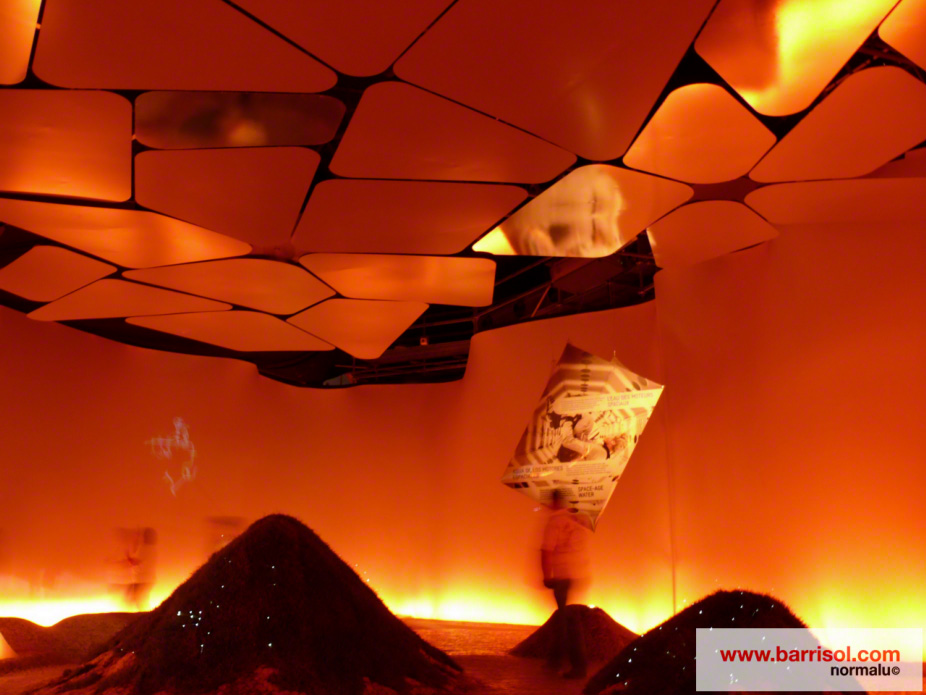