Meeting with the French team of Handibasket

It was with immeasurable pleasure that Barrisol received the French men's team from Handibasket. A meeting in the good humor that was held at the Showroom Barrisol.

The sportsmen and the staff of the French delegation were able to interact with the Barrisol team around a drink and a buffet. It was followed by a moving presentation of the gift, then, always in the gaiety, a small photo shoot.

An unforgettable moment, given the many smiles on the faces. Barrisol is proud to have been a sponsor of the French Handisport Basketball team in 2015 and 2014. 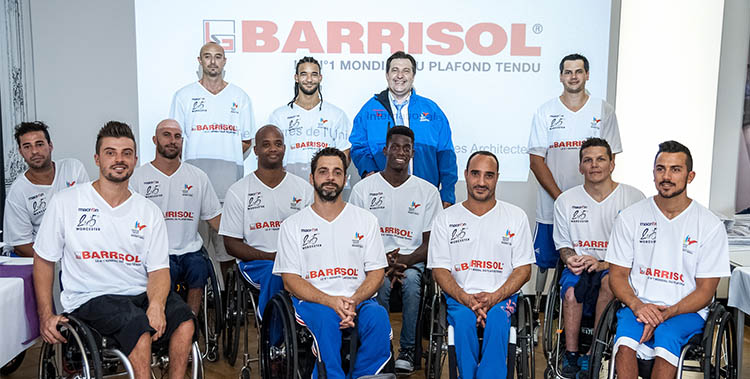